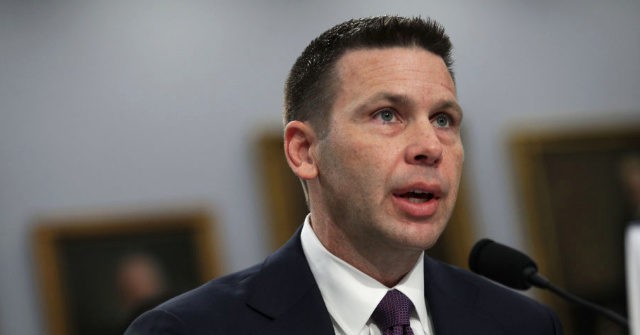 On this weekend’s broadcast of “Fox News Sunday,” acting Department of Homeland Security Secretary Kevin McAleenan called on Congress to change asylum laws to allow for the detention of migrants while their claims are processed.

“We need three specific changes in the law,” McAleenan said. “One, we are not able to detain families through an immigration hearing, we have to release them within 20 days by court order, that needs to change. Families can be held together in an appropriate setting for a fair and transparent hearing, and then they can be repatriated if they don’t have an asylum claim. That’s one.”

He continued, “Two, we want to be able to repatriate unaccompanied children, just like we do in Mexico and Canada, even if they’re from Central America or further away, but also offer children a safe way to apply for asylum in the country. That’s a balanced policy we would like to implement. And three, we need to change the asylum standard so that that front bar where we assign credible fear is not so automatic, so 85-90% of people get that while only 10% get asylum at the end of the court proceeding. We need to align that more closely with what it might actually be a successful claim.”