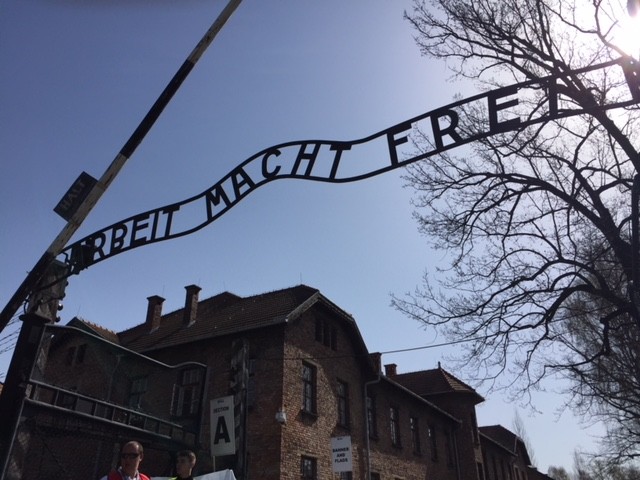 Rep. Alexandria Ocasio-Cortez (D-NY) refused Sunday to visit the Auschwitz concentration camp, after a Jewish group had invited her to tour that camp and others this summer to educate herself about the facts of the Holocaust.

The remark drew outrage and criticism, even from fellow Democrats. Nevertheless, Ocasio-Cortez doubled down, first claiming that she had not been referring to Nazi Germany, then drawing parallels to the U.S. internment of Japanese-Americans during the Second World War. “I will never apologize for calling these camps what they are,” she tweeted.

Alan Dershowitz, who recently said he would support Joe Biden over President Donald Trump in 2020, said Ocasio-Cortez’s “concentration camp” claim made her a “Holocaust denier.” Bill Maher, host of HBO’s Real Time with Bill Maher, and a determined foe of President Trump, criticized her on his show Friday evening: “If you want to run a campaign based on reparations and concentration camps then it’s going to be very hard to win the election.” Rabbi Shmuley Boteach (who is also a Breitbart News contributor) published a full-page ad in the New York Times:

Our full page ad in today’s @nytimes countering @AOC trivialization of the #holocaust. We must fix the humanitarian crisis on the border. But comparing it to the genocide of six million Jews desecrates the memory of the victims and the #NeverAgain commitment against genocide. pic.twitter.com/CKC7fsCRUq

The term “concentration camps” has become a commonly used term for an array of Nazi camps all characterized by profound inhumanity and suffering. Even Auschwitz-Birkenau – the most infamous of the Nazi camps where more than one million people were murdered– was officially termed a Konzentrationslager (Concentration camp) in German.

One group, From the Depths, issued an open invitation Friday for Ocasio-Cortez to join it on a tour of Holocaust sites:

We at From The Depths, would like to invite you as our guest during your summer recess from The United Congress, to join us along with Holocaust Survivor, United States Citizen and President of From The Depths, Mr. Edward Mosberg on an educational tour, specifically built for legislators, of the German Nazi Concentration Camps. The educational tour will visit Mauthausen, Auschwitz-Birkenau and Majdanek Concentration Camps, amongst many other educational sites.

But Ocasio-Cortez refused the invitation, citing the fact that Rep. Steve King (R-IA) had been on a similar tour:

The last time you went on this trip it was reported that you also met w/ fringe Austrian neo-Nazi groups to talk shop.

So I’m going to have to decline your invite. But thank you for revealing to all how transparently the far-right manipulates these moments for political gain. https://t.co/TQkaPEESoD

King was rebuked by the U.S. House of Representatives earlier this year for appearing to support white supremacy. The Washington Post reported last year that he had met with a far-right Austrian group after completing his tour of Holocaust sites with From the Depths, which denied any knowledge of his subsequent travel plans in Europe.

In May, President Donald Trump sent the first-ever official U.S. government delegation to the March of the Living, an annual march between Auschwitz and the Birkenau death camp nearby that commemorates victims of the Holocaust.

Joel B. Pollak is Senior Editor-at-Large at Breitbart News. He is a winner of the 2018 Robert Novak Journalism Alumni Fellowship. He is also the co-author of How Trump Won: The Inside Story of a Revolution, which is available from Regnery. Follow him on Twitter at @joelpollak.