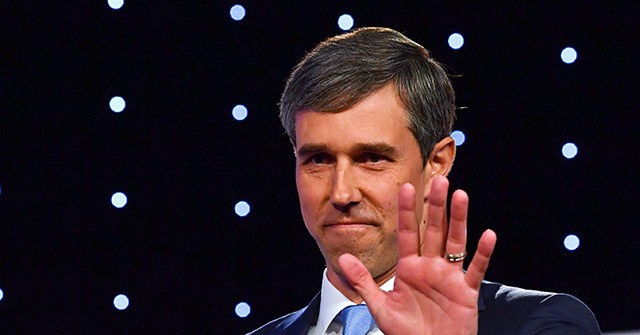 Former Rep. Robert Francis “Beto” O’Rourke (D-TX) announced Friday evening that he is dropping out of the 2020 presidential race.

“Let us continue to fearlessly champion the issues and causes that brought us together. Whether it is ending the epidemic of gun violence or dismantling structural racism or successfully confronting climate change before it is too late, we will continue to organize and mobilize and act in the best interests of America,” the Texas Democrat added. “I’m confident I will see you down the road, and I look forward to that day.”

The New York Times, citing an unnamed source close to O’Rourke, reported that the former White House contender arrived at his decision to exit the crowded race during the middle of the week and is unlikely to run for the U.S. Senate in Texas.

President Donald Trump mocked O’Rourke’s announcement by quoting the Texas Democrat’s now-infamous Vanity Fair interview in which he said that he was “born to be in it,” a reference to this cycle’s presidential race.

Oh no, Beto just dropped out of race for President despite him saying he was “born for this.” I don’t think so!

O’Rourke was urged to run for president by many Democrats who were energized by his narrow Senate loss last year in Texas, a reliably Republican state. He raised an astonishing amount of money from small donors across the country, visited every county in Texas and used social media and livestreaming video to engage directly with voters. He ultimately lost to incumbent Sen. Ted Cruz (R-TX) by 3 percentage points.

But O’Rourke struggled to replicate that model in the presidential primary and both his polling and his fundraising dwindled significantly in recent months.

In recent weeks, O’Rourke’s campaign was beset by lagging fund raising, reporting $4.5 million in the third quarter. It was an improvement over the previous quarter, and enough to qualify for the fifth debate, but the total put him behind a majority of his rivals, two of whom raised about $25 million in the same time period.

“We have a path to the nomination — and through that, a path to the presidency — but at this moment we’ve got to break through,” O’Rourke told his El Paso, Texas, staff after releasing the figures. “So I need everyone’s help, doing everything that they can … to make sure that you make this commitment now. There is no later moment to do it. It must happen now if we’re going to make the most of this moment, of the momentum that we have, of this wonderful trajectory that we’re on.”

He said he plans to support whichever Democratic candidate receives the nomination.

“We must support them in the race against Donald Trump and support them in their administration afterwards, do all that we can to help them heal a wounded country and bring us together in meeting the greatest set of challenges we have ever known,” he said.

The AP and UPI contributed to this report.