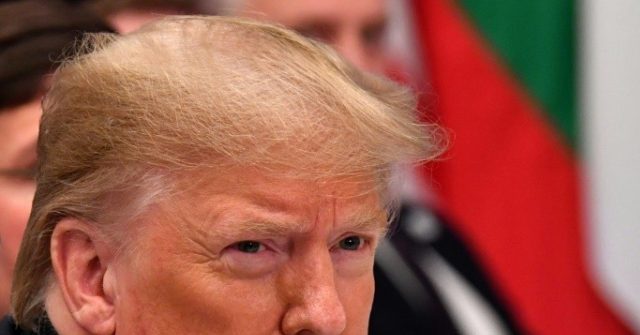 Professors at California State University, Chico (CSU, Chico) are accusing the school’s College Republicans student group of harboring “white supremacist” views and subjecting students to “racist provocation” due to their support of President Donald Trump, adding that just because conservative students have free speech rights “does not in any way mean we have to sit by, silently.” The professors’ statement arrives roughly two weeks after the school’s College Republicans chapter president was assaulted on campus.

The California State University-Chico State Faculty Association (CFA) released a statement on Wednesday accusing conservative students on campus of expressing “white supremacist ideas” over their support for President Donald Trump, according to a report by Campus Reform.

In their statement, the professors proclaim that Cal State Chico’s campus community is being subjected to “acts of racist provocation” by conservative students who display signage in support of President Trump.

“We are living in strange times when a student organization displaying banners and signs supporting reelection of the sitting president can be experienced as an act of racist provocation,” begins the professors’ bizarre statement.

CFA goes on to claim that President Trump’s “very name” is a symbol of “insult, derision, and ridicule of specific groups within our society,” insisting that the president “is clearly associated, by design, with white supremacist ideas.”

“Since this is true, we want students, staff, and faculty of color, as well as members of any other groups that have been targeted by white supremacist insults, ridicule, and other forms of oppression to know that CFA sees the harm that is inflicted when we are all subjected to witness such abuse,” add the professors.

CFA’s statement arrives roughly two weeks after a video surfaced on social media showing a protester shouting expletives at College Republicans chapter president Michael Curry, before taking his sign and striking him in the face with it.

After the protester struck Curry in the face with his sign, CFA suggests that it was instead the school’s conservative students who have actually targeted members of the campus community with “ongoing acts of harassment and even physical abuse on the basis of race, gender, and perceived sexual orientation.”

While the professors maintain that the campus community has been facing ongoing “abuse,” they do not clarify the specific instances or allegations they are referring to.

“We must do better at protecting targeted students from the harmful impacts of ignorant racist, sexist, and other oppressive behavior and speech,” continue the professors. “We stand with our students. We see the efforts to provoke them. We see the insults.”

“The hypocrisy of right-wing political voices crying out that they are being silenced is absurd,” they add. “No one in authority is silencing them.”

The professors go on to insist that conservative students are not being subjected to “punishment” when they face backlash, but rather, simply because they support an “abusive, insulting, and corrupt president/candidate.”

The professors conclude their statement by declaring that “just because [College Republicans] have a right to express their views does not in any way mean we have to sit by, silently, and pretend that such views are not offensive and even provoking to many members of our community. Because, make no mistake, they are.”