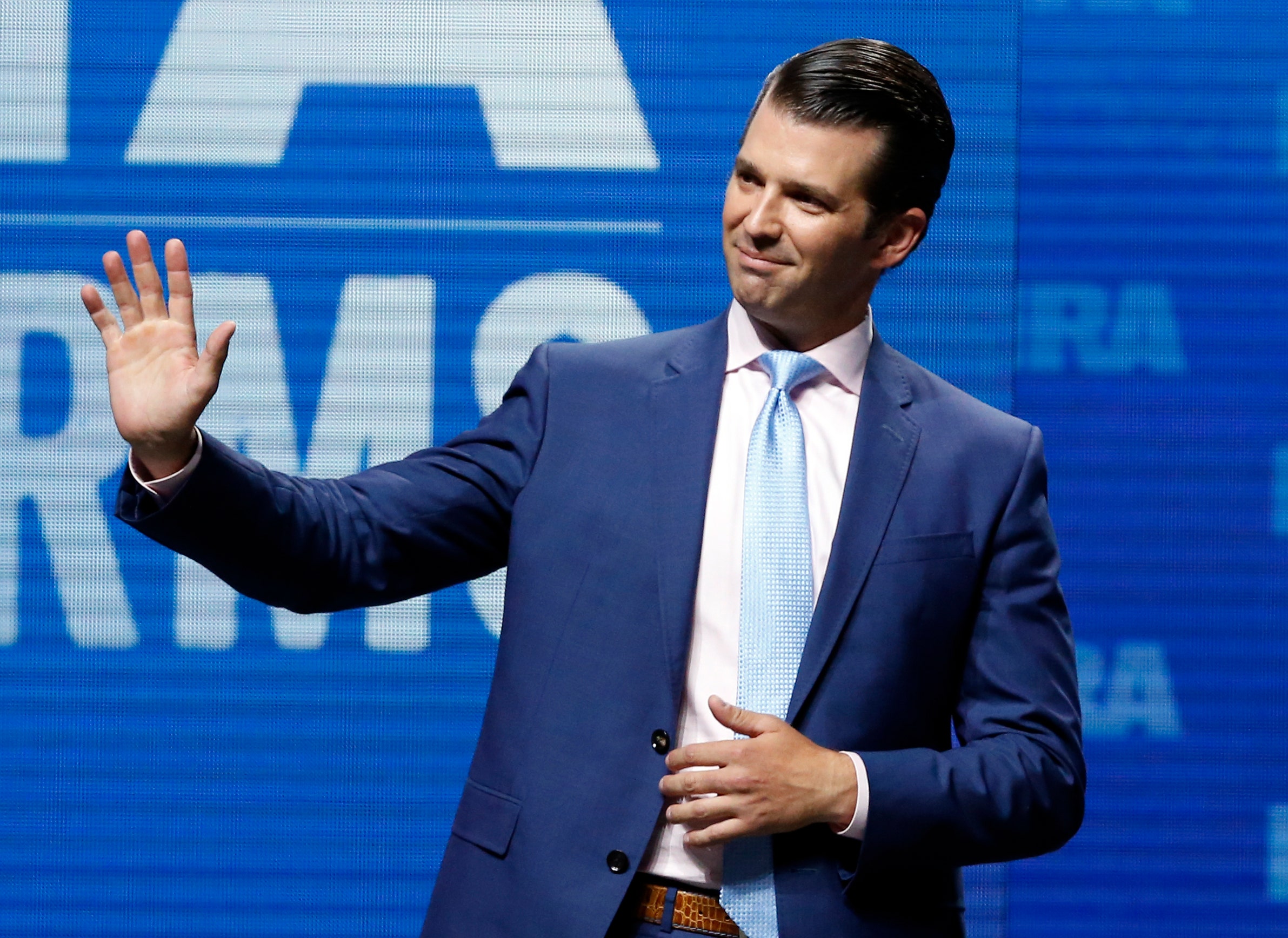 Donald Trump Jr. dismissed any notion Monday morning that he, the President or his family have any fears relating to the Mueller investigation or a probe by the Southern District of New York.

“This is as political as it gets. Their dream in life is to try to find something to get Trump. I mean, it’s that old Stalinist tactic, you know? ‘Show me the men, and I’ll show you the crime. We just got to find it and we can massage things enough…’.

SCHIFF: DEMS ‘ABSOLUTELY’ WILL TAKE DOJ TO COURT OVER MUELLER REPORT IF NECESSARY

We know there’s nothing there

Sunday former New Jersey Governor Chris Christie was on ABC’s “This Week” and highlighted the Southern District of New York’s investigation into the Trump Organization and the Trump Inaugural Committee, saying that it poses a bigger threat to Trump than the Mueller report does.

MUELLER PROBE ‘NEAR THE END GAME’ AMID SHAKEUP AT DOJ, SOURCES SAY

“The Southern District of New York investigation is monumentally more perilous to the president than Bob Mueller ever was or ever will be. They have two tour guides and no restriction on where they can go,” Christie told host George Stephanopoulos.

“What they did was – they put incredible pressure on regular guys that couldn’t afford millions of dollars in legal fees, and got them to slip up and say something incorrectly,” Trump Jr. said of the Southern District of New York’s investigation.

The Mueller report is expected this week according to reports.

Trump Jr. also commented on President Trump’s former attorney testifying before Congress this week while his father is having a summit with North Korean leader Kim Jong-un in Vietnam.

“You got a President trying to deal with a major world issue, and to try to distract – or whatever it is – by bringing in a convicted felon and known liar. I mean, it’s pretty pathetic, but it really shows you how much the Democrats hate Trump. They hate Trump more than they love America, by a long shot, and it’s pretty disgusting that they would do that,” Trump Jr. said.

Cohen has closed-door hearings set for Tuesday and Thursday with Senate and House Intelligence Committees.

Wednesday Cohen has a public Congressional hearing with the House Oversight Committee the same day President Trump will meet with Jon-un in Hanoi, Vietnam.