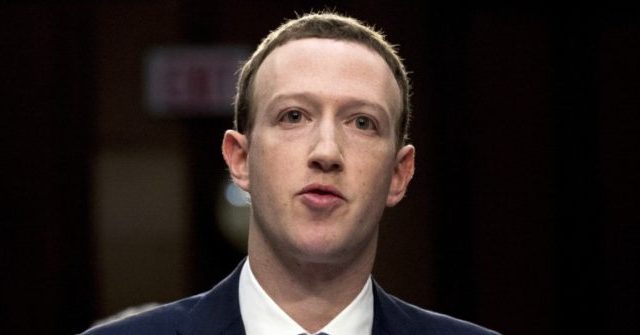 Facebook has published an update on its work to develop a “Global Oversight Board,” that commentators have colloquially dubbed the “Facebook Supreme Court.” The update reveals Facebook worked closely with a progressive nonprofit that pushes causes like climate change, “diversity,” and “sustainability” to corporations around the world.

The oversight board is the brainchild of anti-Trump Harvard Law professor Noah Feldman, who was a key “expert” witness for the Democrats in the House impeachment hearings against the president. If implemented, the oversight board would theoretically be independent of Facebook — but nothing would prevent the social network from simply ignoring its decisions, or shutting it down altogether.

In its latest announcement, Facebook said it was working with BSR, a non-profit organization that pushes progressive causes like climate change, “diversity,” and “sustainability” to corporations around the world.

We feel a responsibility and have received feedback that the board should be grounded in human rights principles, including the rights to freedom of expression, privacy and remedy. With that in mind, we worked with BSR, an independent nonprofit organization with expertise in human rights practices and policies, to commission a Human Rights Impact Review to help understand how best to structure the board so that it respects and promotes human rights. The recommendations in the assessment, including on the diversity of board members, remedies, user support, transparent communications and privacy-protective tools, have helped inform the board’s charter, as well as its bylaws. We hope the assessment will also serve as a resource for board members as they begin their work.

In its “human rights review” of the Facebook oversight board, BSR recommended the new body adhere to the UN Guiding Principles on Business and Human Rights (UNGP), with a focus on “harms and impacts” and “vulnerable groups.”

Facebook says it hopes that the oversight board will begin hearing cases next year.

Are you an insider at Google, Facebook, Twitter or any other tech company who wants to confidentially reveal wrongdoing or political bias at your company? Reach out to Allum Bokhari at his secure email address allumbokhari@protonmail.com.

Allum Bokhari is the senior technology correspondent at Breitbart News.