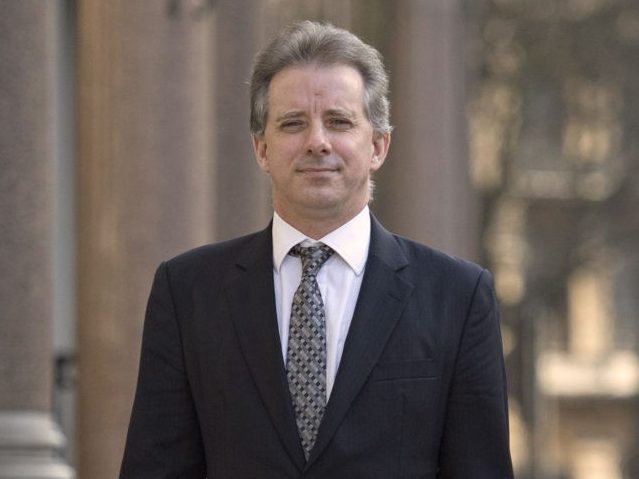 “[Lindsey Graham] made the point that Steele was concerned that if Trump gets elected, his little — his connection — with the deep state [or] the agencies might actually be cut off because Trump might clean house,” said Mansour.

Von Spakovsky replied, “Yeah, it would ruin his business.”

Mansour stated, “So he had a vested interest in getting rid of Donald Trump, and if that meant assembling a dossier full of rumors, scuttlebutt, and stuff he just makes up out of cloth, okay, let’s do it. I mean, is that really what this boils down to? [Christopher Steele] was like, ‘Yeah, this is my gig. I can’t have this dude get elected. He’s bad for business.’ This was the thing that we’ve been obsessing about for three years, now?”

Von Spakovsky concurred, “Yeah. I mean, look, [Christopher Steele] was pretty darn successful in severely damaging the first couple of years of the Trump administration. By the way, it’s not just that his business would have been cut off, but in fact, when the FBI actually started checking on Steele, they interviewed some people who had professional dealings with him before that, and they said that [Christopher Steele] had, quote, ‘poor judgment,’ and he pursued people with political risk but no intelligence value, and yet that, again, was not passed onto the FISA court.”

Mansour invited von Spakovsky’s comments on the origins of the FBI’s suveillance of Trump’s presidential campaign.

“Well, I think in some ways, at the start, they were manipulated by the opposition presidential candidate’s campaign,” recalled von Spakovsky. “Remember, it was the Clinton campaign that hired Fusion GPS. It was Fusion GPS that hired Christopher Steele and told him to put together this political opposition research, and he puts together this totally phony report with all these crazy claims and then they feed it to the FBI, [which] takes it seriously.”

Von Spakovsky added, “The damage that it has done to the reputation of the FBI is going to take a long time for them to overcome, if they ever can, because this tells me we can’t trust the FBI anymore, and that’s something they’re going to have to try to remedy.”

“The IG report makes it very clear, this was not just the agents who were working on the case,” determined von Spakovsky. “The IG makes a big deal about how it’s just shocking that everyone involved in this — the agents, the supervisors, the leadership, all the way up to Comey — did all of this and nobody caught onto it, nobody did anything to correct the situation.”

“Comey’s been going around as if this report vindicates him,” added von Spakovsky.

“The truth is finally out,” declared Comey in a Monday-published column at the Washington Post following the release of Justice Department Inspector General Michael Horowitz’s report on the origins of the FBI’s surveillance of Trump’s 2016 presidential campaign. “The FBI fulfilled its mission.”