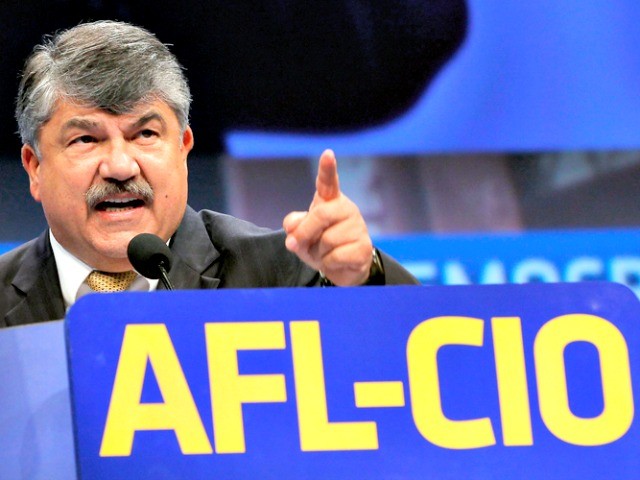 In a historic feat for Trump, AFL-CIO President Richard Trumka announced that the labor union would be endorsing USMCA, which the White House has crafted to replace the North American Free Trade Agreement (NAFTA).

“Make no mistake, we demanded a trade deal that benefits workers and fought every single day to negotiate that deal,” Trumka said in a statement. “Now we have secured an agreement that working people can proudly support.”

For the first time, there truly will be enforceable labor standards—including a process that allows for the inspections of factories and facilities that are not living up to their obligations.

President Trump may have opened this deal. But working people closed it. And for that, we should be very proud.

“The USMCA also eliminates special carve-outs for corporations like the giveaway to Big Pharma in the administration’s initial proposal and loopholes designed to make it harder to prosecute labor violations,” Trumka said.

The AFL-CIO endorsement is a victory for Trump’s economic nationalist agenda that has sought to raise wages for America’s working and middle class by tightening the labor market through increased immigration enforcement and taking the U.S. out of a job-killing free trade spiral with NAFTA, as well as the Trans-Pacific Partnership and the Paris Climate Agreement.

Free trade advocates, like former Vice President Joe Biden, claimed at the time that NAFTA would create a million U.S. manufacturing jobs in the first five years. Instead, nearly a million American jobs have been certified by the federal government as being lost directly due to NAFTA, according to data gathered by Public Citizen. These are only the U.S. jobs that the Trade Adjustment Assistance (TAA) program recognizes as being lost to free trade and does not indicate the actual number of jobs lost.