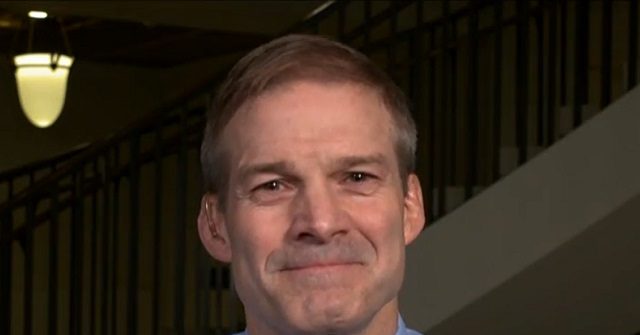 Monday during an appearance on Fox News Channel’s “Tucker Carlson Tonight,” Rep. Jim Jordan (R-OH) pointed out how his Democrat colleagues in the House of Representatives promptly moved on from alleging collusion between the 2016 Trump campaign and the Russian government to wrongdoing by the Trump administration regarding its Ukraine policy.

According to the Ohio Republican, these actions continue to be a sign the Democrats continue not to accept the results of the 2016 presidential election.

“You’re just not going to get that from them,” he said. “They just double down and keep pushing on. And, frankly, that’s the same we hear from — see from the Democrat Party. I mean, that’s the same thing we see from Adam Schiff. Remember, he told us that there was going to be collusion. He would definitely see it. There’s been evidence of it. He guaranteed it would happen. And then when it didn’t happen, what did he do? He just moved on to this whole Ukraine story that we’ve now been living through for the past two months.”

“So, they never back up and apologize,” Jordan continued. “They never admit that they’re wrong. They just keep pressing forward. And it’s driven by something Speaker Pelosi said two weeks ago on a Sunday show. When she called the president of the United States, President Trump, when she called him an imposter, that is the problem because they — they have never accepted the fact that 63 million Americans voted to make Donald Trump president of the United States in an Electoral College landslide. They have never accepted that fact, and they’re out to get him. And it just goes from one thing to the other, and they never apologize when they’re wrong.”