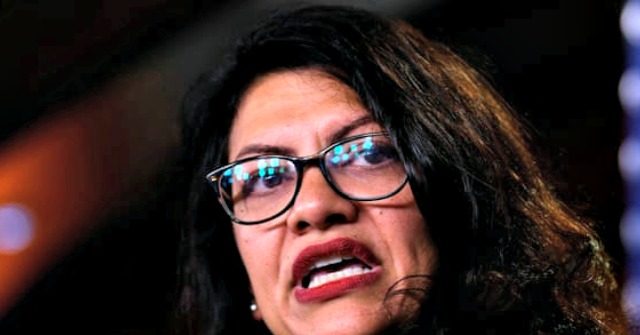 “This is heartbreaking,” Tlaib tweeted, a little before 7 a.m. on Thursday. “White supremacy kills.”

Tlaib then deleted her tweet without comment and without explaining what made her believe this lie and then spread it a full day after the actual attackers had been identified as 47-year-old David Andersen and 50-year-old Francine Grahm, both of whom were black.

Tuesday’s rampage resulted in four murders. After killing Anderson and Grahm in a massive gun battle, police say they found antisemitic posts written by the suspects online. There was also a manifesto left in their car.

Local media reports say that Anderson was once associated with the Black Hebrew Israelites, a black nationalist group made up of racists and antisemites who made the news this year after they were caught on camera hurling homophobic and racist slurs at a group of students from Covington Catholic High School.

To the surprise of no one, America’s fake media smeared the innocent students as racists and portrayed the black nationalists in the most sympathetic light possible.

Anyway, this is all old news. Everyone knew all of this yesterday, and yet a full day later, Social Justice Warrior Tlaib is blaming white supremacists???

Well, maybe Tlaib has found something she loves more than how much she loves smearing Jews — spreading fake news.

“It’s telling, and frankly sick, that Tlaib tweeted out sympathies for the Jews that were murdered blaming it on white supremacists,” tweeted journalist Shoshanna Keats Jaskoll. “Didn’t care enough to find out what happened. Just enough to use dead Jews for her political agenda.”

Yep, and in an act of perfect timing, another member of the antisemitic Squad released her endorsement for Jeremy Corbyn, Britain’s anti-Jewish Labour leader:

This video is about the UK, but it might as well have been produced about the United States.

The hoarding of wealth by the few is coming at the cost of peoples’ lives.

The only way we change is with a massive surge of *new* voters at the polls. UK, Vote!pic.twitter.com/N5JYaVGCBs

There’s no pressing need for a member of the U.S. Congress to meddle in an overseas election like this, but this is how much the Squad hates Jews.