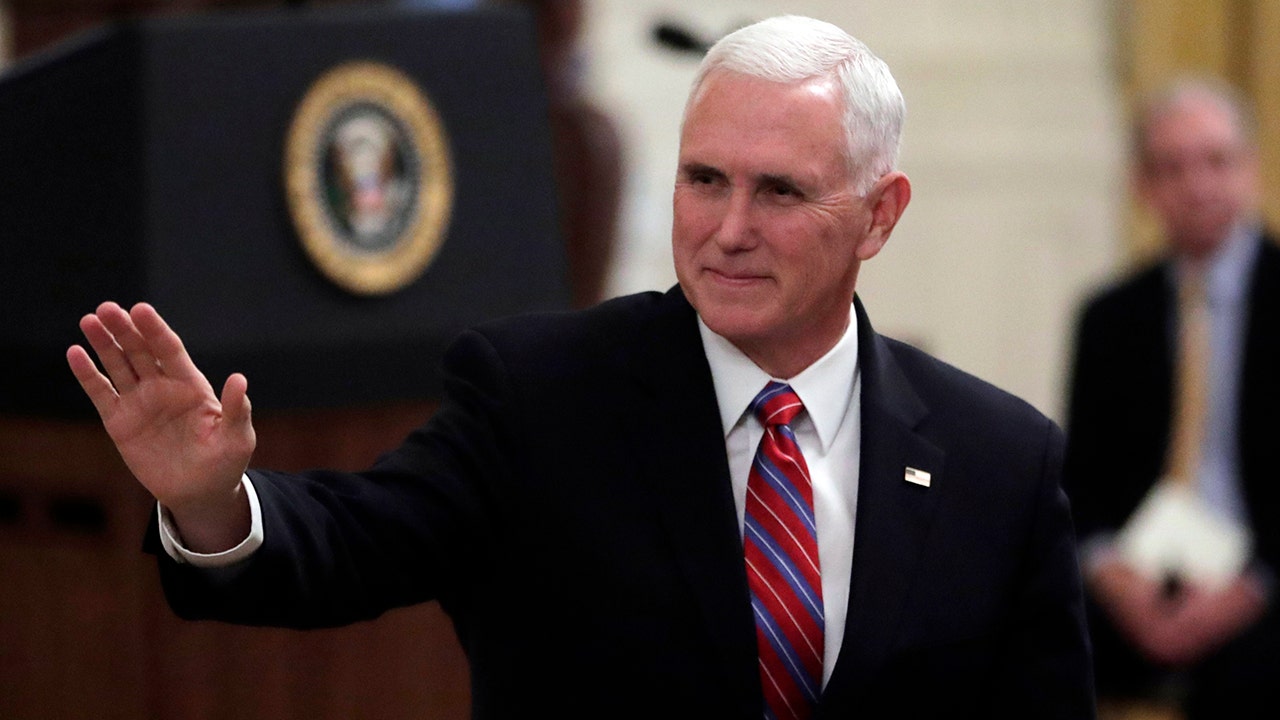 Vice President Mike Pence told a crowd of Trump supporters in Wisconsin Tuesday that the Green Bay Packers are just days away from beating House Speaker Nancy Pelosi’s San Francisco 49ers in the NFC Championship Game over the weekend.

“We’re 11 months away from Election Day, and we’re just five days away from when the Green Bay Packers defeat Nancy Pelosi’s 49ers,” Pence said at a rally in Milwaukee. The crowd then erupted into chants of “Go Pack Go,” SF Gate reported.

The two teams are scheduled to face off at Levi’s Stadium in Santa Clara, Calif., on Sunday.

PELOSI IS A BIG SPORTS FAN

In 2017, Pence left a 49ers game against his home state’s Indianapolis Colts when several players on the San Francisco team knelt in protest during the national anthem. It was later reported that Pence’s brief visit – which involved flying Air Force 1 from Las Vegas to Los Angeles for the game – cost taxpayers more than $250,000.

Pelosi, who represents California’s 12th congressional district, which includes San Francisco, told reporters last week that she wanted to go to the 49ers’ Divisional Round playoff game against the Minnesota Vikings but instead needed to “save our country from peril” by remaining in Washington.

She announced Tuesday that the entire House would vote this week on whether to send the two articles of impeachment against President Trump to the Senate for trial.

Pelosi had been withholding the articles hoping to receive a commitment from Senate Republicans to see additional documents and testimony as part of trial proceedings. That commitment never came, but Senate Majority Leader Mitch McConnell, R-Ky., told reporters Tuesday he was considering allowing both sides – Democrats and Republicans – to call additional witnesses.

She has not commented on whether she’ll attend the NFC Championship Game.