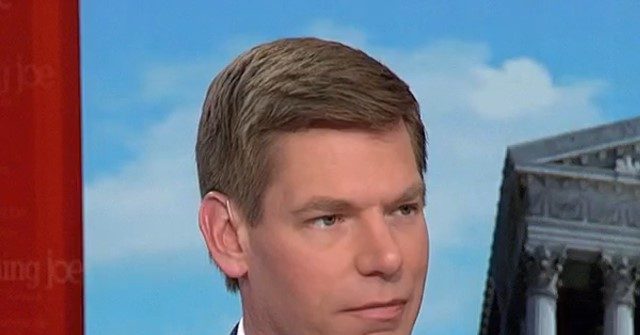 During an appearance on “Fox News Sunday,” 2020 Democratic presidential hopeful Rep. Eric Swalwell (D-CA) discussed why he is one of the few Democrats that has not called for President Donald Trump’s impeachment despite believing there was collusion between the Trump campaign and Russia.

Swalwell revealed he wants everything done the right way because “you only get one shot” at impeachment.

“I … believe dearly in the rule of law,” Swalwell told host Chris Wallace. “I was a prosecutor, and I know when I go to court, I’ve got to have my pencils sharpened, my subpoenas ready and my witnesses and exhibits ready to go. You only get one shot at this. I want to make sure we get it right. I think that means first getting the full Mueller report unredacted, getting Mueller to testify himself, getting people like Don McGahn in.”

He added, “We’re winning in the courts right now. The president’s outnumbered with the subpoena power and the court rulings that are on our side. I think that’s the road we go down, but we’re not going to do Donald Trump justice here because we only get one shot to make sure the rule of law still stands in America.”