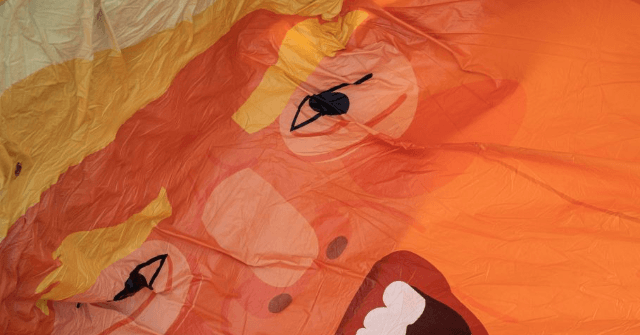 Trump supporters have banded together to donate more than $38,000 to help a man accused of slashing a “Baby Trump” balloon often used at protests around the world.

The GoFundMe account, which was set up on Sunday, will offset the cost of Hoyt Hutchinson’s legal fees after he was charged with felony criminal mischief for allegedly slashing a “Baby Trump” balloon in Tuscaloosa, Alabama, during President Donald Trump’s trip to the University of Alabama vs. Louisiana State University football game.

The balloon was set up in a nearby park when Hutchinson allegedly charged at the balloon with a knife and slashed an eight-foot-long gash in the back.

“I’m going down here to make a scene, so y’all watch the news,” he said in the first video. “This is pathetic. I’m fixing to get rowdy.”

Officers arrested him and charged him with one count of felony criminal mischief before booking him in the Tuscaloosa County Jail, “where he was held on a $2,500 bond,” a statement from Tuscaloosa police read.

Left-wing donors spent $7,882 to bring the “Baby Trump” balloon to the Alabama-LSU game, the Tuscaloosa News reported. The rental cost $4,500 and the remaining money would be donated to the Equal Justice Initiative in Montgomery.