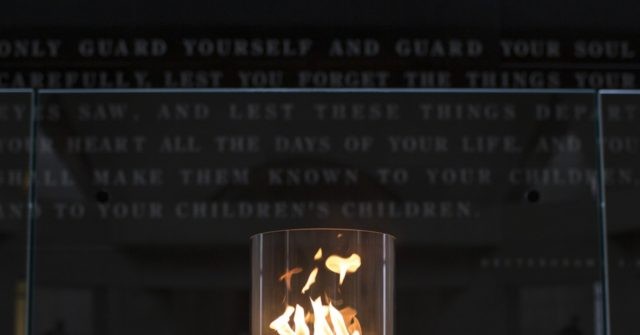 The statement does not mention Ocasio-Cortez directly, but is clearly a response to a controversy that began one week ago, when she claimed on an Instagram live video that the U.S. was operating “concentration camps” on the border. She also used the phrase “never again,” commonly associated with the Nazi Holocaust. In the week since, Ocasio-Cortez has refused to correct her statement or apologize. She has also rejected an invitation to visit Auschwitz.

The statement reads, in part:

The United States Holocaust Memorial Museum unequivocally rejects efforts to create analogies between the Holocaust and other events, whether historical or contemporary. That position has repeatedly and unambiguously been made clear in the Museum’s official statement on the matter – a statement that is reiterated and reaffirmed now.

U.S. Ambassador to Germany Richard Grenell, who recently helped lead the first-ever U.S. government delegation to the annual March of the Living between Auschwitz and Birkenau, retweeted the Holocaust museum’s statement:

Never compare the Holocaust to anything. Ever. https://t.co/gPPp8uDxxw

Some Democrats — notably, Reps. Jerrold Nadler (D-NY) and Ilhan Omar (D-MN) — have defended Ocasio-Cortez. A few left-wing academics, too, have defended the comparison (and received some attention from mainstream media). But Israel’s Yad Vashem memorial rejected the analogy, and Alan Dershowitz has called it a form of “Holocaust denial.” The U.S. Holocaust Museum’s statement is the most definitive rejection to date.

Joel B. Pollak is Senior Editor-at-Large at Breitbart News. He is a winner of the 2018 Robert Novak Journalism Alumni Fellowship. He is also the co-author of How Trump Won: The Inside Story of a Revolution, which is available from Regnery. Follow him on Twitter at @joelpollak.