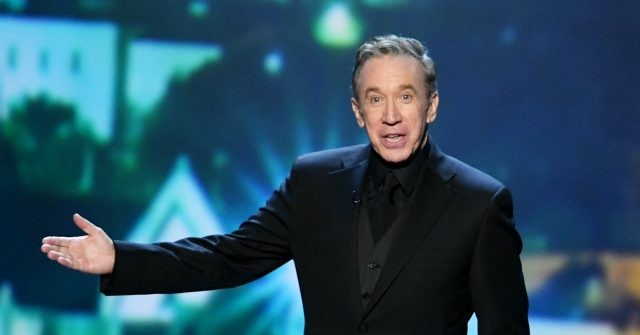 Comedian and veteran TV star Tim Allen took aim at the rise of the “thought police,” and noted how “alarming” it is for comedians.

In an interview with the hosts of ABC’s The View, Allen noted that he often has to explain his use of words during his stand-up appearances.

“What I got to do sometimes is explain — which I hate — in big arenas, that this is a thought police thing, and I do not like it. But when I use these words, this is my intent behind those words,” the Last Man Standing star said on Monday.

Allen slammed critics who tell him “Well, just don’t say it,” instead of allowing him his free speech and an opportunity to embrace his comedic art form.

Tim Allen looks back on how standup comedy has changed through the years, discusses the level of political correctness comedians face today: “It is an alarming thing for comedians.” https://t.co/cVclFZQmjA pic.twitter.com/vmmUxg4sD6

Allen also spoke to the bristly nature of too many people, especially liberals, just last year.

“I like to mess around because I’ve been a standup fiery comic for 30 years. And I like pissing people off, and I said there’s nothing, especially in this area, that pisses people off more than a very funny conservative,” Allen told Indie Wire. “A smart, funny conservative that takes shots and is certainly self-effacing.”

“Liberals have a very small window of sense of humor about themselves, so I love poking at it,” he said.

Tim Allen is only one of many comedians blasting the “woke” PC culture. He joins comedians such as Chris Rock, Jerry Seinfeld, Howie Mandel, Mel Brooks, and Dave Chappelle, all of whom have noted how wokeness is killing comedy and the entertainment industry.